IBADAH: THE ACT OF WORSHIP IN ISLAM

The most essential attribute of the Holy Quran is that it is a fundamental source of guidance for humans in all aspects of life, as outlined by the Quran itself. The Quran gives man the way to ultimate success and reminds him of the major goal of his creation in this world, which is Ibadah, repeatedly over and over.

Ibadah is an Arabic term that means service or servitude. It is also written ibada. Ibadah is interpreted as “worship” in Islam, which means obedience, submission, and devotion to Allah.
As clearly stated in Surah al-Dariyat/56:
“I did not create Jinn and humans except to worship Me”.

What does the Quran say regarding its application, and how can we incorporate it into our daily lives? These are serious issues that should be considered carefully.

Ibadah is described as an act of worshipping Allah, the performance of prayers, or the observance of Islamic formal requirements. However, in a broader sense, it can be taken as Allah’s obedience or following His commands in daily life. 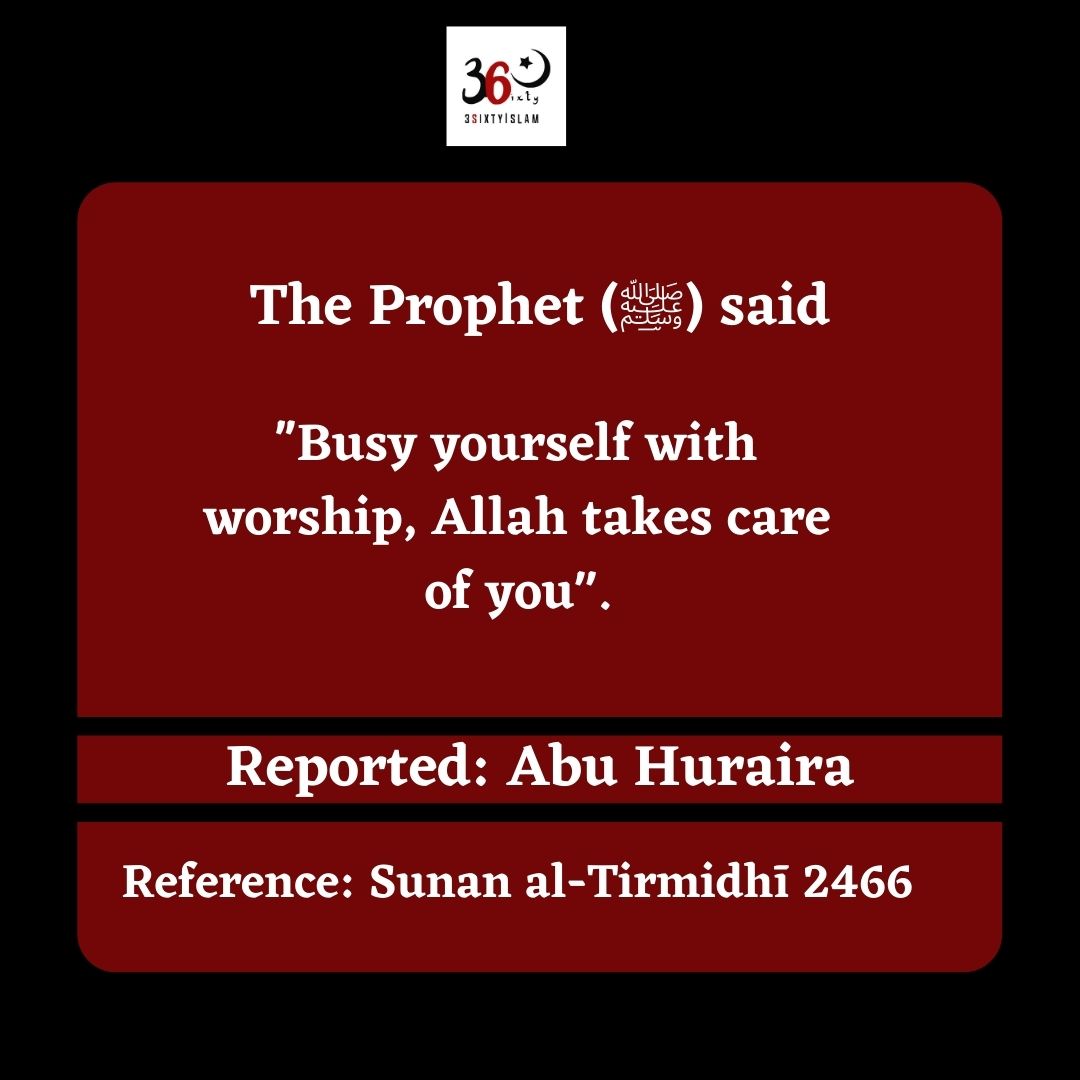 “Busy yourself with worship, Allah takes care of you”
Abu Huraira reported: The Prophet (S.A.W) said, “Allah Almighty said: O son of Adam, be free for My worship and I will fill your heart with riches and alleviate your poverty” ( Sunan al-Tirmidhī 2466).
This hadith explains how worshipping Allah is important.

Some prominent Islamic scholars define Ibadah as keeping speech free of “filth, deception, hatred, abuse,” and dishonesty, as well as adhering to Islamic Shariah law in “commercial and economic concerns” and “dealings with your parents, relatives, friends,” and everyone else.

Ibadat include what is known as the “pillars of Islam” which comprises of Declaration of faith (shahadah), translated as “There is no god other than Allah. Muhammad is the messenger of Allah”, observing five times every day at prescribed times, with prescribed preparations (ritual cleansing), prescribed movements (standing, bowing, prostrating, sitting) and prescribed verses, phrases; Almsgiving (zakah) — customarily 2.5 per cent of a Muslim’s total savings and wealth above a minimum amount known as Nisab, which is based on income and the value of all of one’s possessions; fasting (sawm) — the abstention from eating and drinking for a specified period of time; during Ramadan, and lastly pilgrimage to Mecca (hajj) the annual Islamic pilgrim which is a compulsory religious duty for Muslims that must be carried out at least once in their lifetime by all adult Muslims who are physically and financially capable of undertaking the journey. 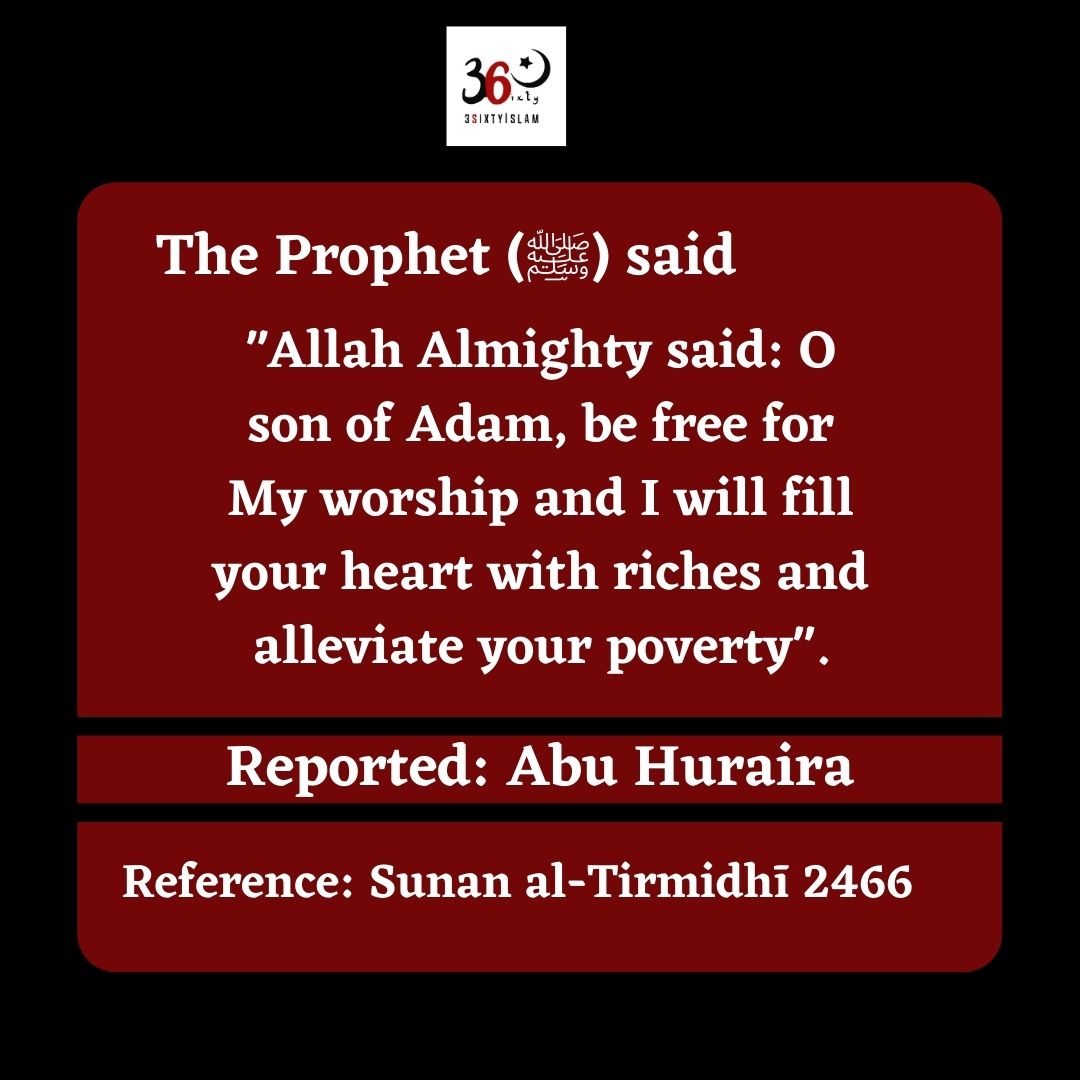 Furthermore, the Holy Qur’an emphasises that performing prayer or rendering Amal-i-Salih will be successful and a source of Divine grace if it is done solely for the purpose of seeking Allah (S.W.T) pleasure, with no other goal in mind. The relevance of the idea may be seen in the fact that people are required to worship Allah or do Ibadah exclusively for the sake of Allah Almighty at many points in the Qur’an, because the Khalis Ibadah is only Allah’s right, and no one else is worthy of it.

It is sad to see that we have limited the term Ibadah to required prayers and have constrained the concept of religiosity to the performance of Salah and Saum with this broader concept of Ibadah (fasting). We often overlook the fact that following the Divine Commands in our interactions with other people, following His instructions in agricultural, commercial, and professional endeavours, and being honest and truthful in financial transactions are all forms of Ibadah that are just as obligatory as daily prayers.
In fact, the Qur’anic concept of Ibadah calls for a shift in mindset, encouraging people to believe that, just as five times namaz is required of a Mumin, so is keeping one’s words, choosing lawful means of livelihood, being honest in financial matters, doing justice to all, and protecting the rights of have-nots, workers, servants, and other weaker sections.