BENEFITS OF HONEY IN ISLAM

Islam has made us known that there is no disease that Allah has not provided a cure for. All ailments can be taken care of using natural medicine that has been provided by nature. One of the greatest benefit of nature is the honey gotten from bees which infact was mentioned in the holy Quran as a source of healing for humans.

The evidence was given in the Holy Quran” Surah An Nahl, vs 69″

“There emerges from their bellies a drink, varying in colors, in which there is healing for people. Indeed in that is a sign for a people who give thought.”

The benefits of honey also have an authentic reports backing the benefit of honey to humankind. The following Hadiths are evidence:

The Prophet (saw) said, “Make use of the two remedies: honey and the Quran.” Tirmidhi, Ibn Majah and Baihaqi

Knowing that Allah has prescribed honey as a remedy for humans, here are some other methods you can use honey to cure ailments .

However, we should be conscious of the honey we buy because most of the sealed honey have been pasteurized making them lose their natural properties. 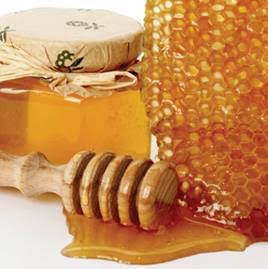 Natural honey which is directly from the bee is the most effective and gives the best results. Honey can be used in the treatment of the following ailments.

EVER WONDERED HOW CAMELS ARE SLAUGHTERED? (VIDEOS)