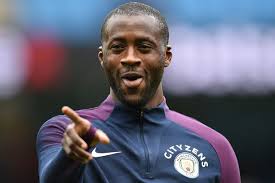 1. Mesut Özil:
Mesut Özil; born 15 October 1988 is a German professional footballer who plays for English club Arsenal and the Germany national team. He began his senior career as a member of his hometown club Schalke 04 in the Bundesliga, then joined Real Madrid after the 2010 World Cup.
Özil relocated to England to join Premier League side Arsenal in September 2013 in a then club-record deal worth £42.5 million (€50 million),[7] making him the most expensive German player of all time.

2.Paul Pogba:
French professional footballer who plays for Premier League club Manchester United and the French national team. He operates primarily as a central midfielder and is comfortable playing both in attack and defence.
After beginning his career with Manchester United in 2011, Pogba joined Italian side Juventus in 2012, and helped the club to four consecutive Serie A titles. Pogba was named to the 2015 UEFA Team of the Year as well as the 2015 FIFA FIFPro World XI, after helping Juventus to the 2015 UEFA Champions League Final. Despite leaving Manchester United on a free transfer, Pogba returned to the club in 2016 for a then-world record transfer fee of €105 million (£89.3 million).

3.Mohammed Salah:
Mohamed Salah Ghaly]; born 15 June 1992) is an Egyptian professional footballer who plays as a forward for Liverpool and the Egyptian national team.
Salah Started his career with El Mokawloon then transferred to FC Basel in 2012, then he played for Chelsea, Fiorentina (on loan) and for Roma before transferring to Liverpool in 2017. In 2017, Salah was named CAF African Footballer of the Year, the BBC African Footballer of the Year, and Premier League Player of the Month (November). He was also selected in the CAF Team of the Year and CAF Africa Cup of Nations Team of the Tournament.

5. Yaya Toure:
Gnégnéri Yaya Touré (born 13 May 1983) is an Ivorian professional footballer who plays as a central midfielder for Premier League club Manchester City. He also played for and captained the Ivory Coast national team.
He was voted African Player of the Year for 2011, 2012, 2013 and 2014.
Touré began his playing career at Ivorian club ASEC Mimosa, where he made his debut at age 18. His performances attracted attention from Europe. He had stints with Beveren, Metalurh Donetsk, Olympiacos and Monaco before moving to Barcelona in 2007. He played over 70 matches for the club and was part of the historic 2009 Barcelona side that won six trophies in a calendar year.
In 2010, Touré moved to Premier League club Manchester City, where he scored a number of key goals for the Citizens, most notably the only goals in the 2011 FA CUP semi-final and final. He also helped City earn their first league title in 44 years.

6.Riyad Mahrez :
Riyad Karim Mahrez (born 21 February 1991) is a professional footballer who plays as a winger for English club Leicester City and the Algerian national team.
Mahrez began his career as a youth player for French club AAS Sarcelles. He turned professional in 2009 with Quimper, where he played for only one season before moving to Le Havre, spending a total of three years with them, initially playing for their reserve team and then becoming a first-team regular.
In January 2014, Mahrez signed for English side Leicester City, helping them win the Championship and promotion to the Premier League at the end of his first season. In the 2015–16 season he was the Algerian Footballer of the Year, the PFA Players’ Player of the Year, and was a member of the Premier League PFA Team of the Year as he helped Leicester City win the Premier League.
Born in France, Mahrez made his international debut for Algeria in 2014 and represented them at the 2014 FIFA World Cup and both the 2015 and 2017 Africa Cup of Nations. In 2016 he was named CAF’s African Footballer of the Year.

7. Kareem Benzema:
Karim Mostafa Benzema (born 19 December 1987) is a French professional footballer who plays as a striker for Spanish club Real Madrid and the France national team. He has been described as an “immensely talented striker” who is “strong and powerful” and “a potent finisher from inside the box”.
In 1996, he joined Olympique Lyonnais, and subsequently came through the club’s youth academy. Benzema made his professional debut in the 2004–05 season and appeared sporadically in his first three seasons as Lyon won three titles in that span. In the 2007–08 season
After another season at Lyon, in July 2009, Benzema moved to Real Madrid in a transfer fee worth over €35 million ($50 million), and signed a six-year contract. After struggling to establish himself in his debut season with the club, in the ensuing two seasons, Benzema reached prominence, scoring 32 goals en route to helping Real Madrid win the Copa del Rey in 2011 and the 2011–12 edition of La Liga. He has been named French Player of the Year three times for his performances in 2011, 2012 and 2014

8. Samir Nasri:
Samir Nasri (born 26 June 1987) is a French professional footballer who has most recently played for Turkish club Antalyaspor. He primarily plays as an attacking midfielder and a winger, although he has also been deployed in central midfield.
Nasri is known for his dribbling, ball control and passing ability. Of Algerian ancestry, he is described as a player whom “vision and imagination make him an unpredictable opponent”. His playing style, ability and cultural background have drawn comparisons to French legend Zinedine Zidane
Nasri began his football career playing for local youth clubs in his hometown Marseille. At age nine, he joined professional club Olympique de Marseille and spent the next seven years developing in the club’s youth academy at La Commanderie, the club’s training centre.
In June 2008, Nasri joined Premier League club Arsenal on a four-year contract. He reached prominence with the team in his third season winning the Professional Footballers’ Association (PFA) Fans’ Player of the Month award on three occasions and being named to the association’s Team of the Year.
In December 2010, he was named the French Player of the Year for his performances during the calendar year.
In August 2011, after three seasons with Arsenal, Nasri joined Manchester City on a four-year contract. In his first season with the club, he won his first major honor as a player as the club won the 2011–12 Premier League.
He was on loan at Sevilla for 2016-2017 Season before moving to Antalyaspor in 2017/2018 season.

9. Sadio Mané:
Sadio Mané (born 10 April 1992) is a Senegalese professional footballer who plays as a winger for Premier League club Liverpool and the Senegal national team.
Having begun his career with Metz in France, he transferred to Red Bull Salzburg in 2012. After winning the Austrian Bundesliga and Austrian Cup in 2014, he was signed by Southampton. In 2015, Mané set a new Premier League record for the fastest hat-trick when he scored three times in 176 seconds during a 6–1 win over Aston Villa.
He transferred to Liverpool in 2016 for a fee of £34 million, making him the most expensive African player in history at that time.
Mané has earned over 40 caps for Senegal since his debut in 2012, and represented the national team at the 2012 Olympics, 2015 Africa Cup of Nations and 2017 Africa Cup of Nations.
N’Golo Kanté
N’Golo Kanté (born 29 March 1991) is a French professional footballer who plays as a central midfielder for English club Chelsea and the France national team.
He made his senior debut at Boulogne and then spent two seasons at Caen, the latter in Ligue 1. In 2015, he joined Leicester City for a fee of £5.6 million and became an integral member of the club’s first ever Premier League win in his only season at the club.
The following year, he joined Chelsea for a reported fee of £32 million, winning the league again in his first season. He also won the PFA Players’ Player of the Year and FWA Footballer of the Year and became the first outfield player to win back-to-back English league titles with different clubs since Eric Cantona in 1992 and 1993.
Kanté made his senior international debut for France in 2016. He was included in their squad that finished runners-up at that year’s European Championship.

10. Ahmed Musa:
Ahmed Musa (born 14 October 1992) is a Nigerian professional footballer who plays as a forward for Russian club CSKA Moscow, on loan from English team Leicester City, and the Nigeria National team.
On 8 July 2016, Musa moved to Leicester City for a club record £16.6 million. He scored his first goals with the club in a friendly against Barcelona in the 2016 International Champions Cup which ended in a 4–2 loss.
He made his Premier League debut on 13 August 2016 in the club’s opening day 2–1 defeat to Hull City. He scored his first Premier League with the opening goal in a 3–1 victory over Crystal Palace on 22 October 2016
Musa is the first Nigerian to score more than once in a FIFA World Cup match after scoring twice against Argentina in the2014 FIFA World Cup.

VIRTUES AND RULES OF ANIMAL SACRIFICING IN “EID-UL-ADHA”