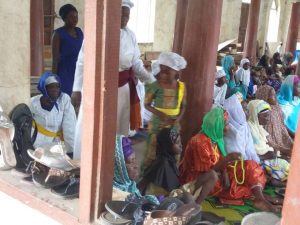 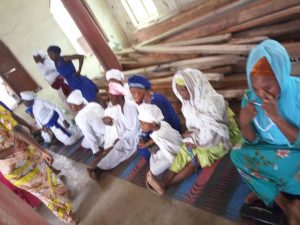 According to an eye witness report, who went to observe Jumat prayer at the Central mosque in Eruwa, he saw members of the white garments church in the mosque , there to observe Jumat as well.

According to the woman, their Pastor is here to observe solat to gives thanks to God after climbing mountain and being in the spirit for a whole month. So they are there to give thanks. She said Muslims were also in their church yesterday night to do Asalatu, that in their land Eruwa they are united.

Dear Muslims brothers and sisters, is this the type of unity Allah asked of us?

I ONLY ROB EXPATRIATE WORSHIPERS AT NATIONAL MOSQUE – SUSPECT