The new Chief Imam, from the Oko Awo based, Nollah Chief Imamship Family of Lagos, whose mother is a descendant of Oba Eshilokun is a graduate of Electrical-Electronics Engineering, from the prestigious University of Ilorin, is presently, a Principal Electrical Enginer in Grade Level 12 Officer, of the Lagos State Civil Service and one of the brains behind the successes of Governor Ambode’s “Light Up Lagos” project. 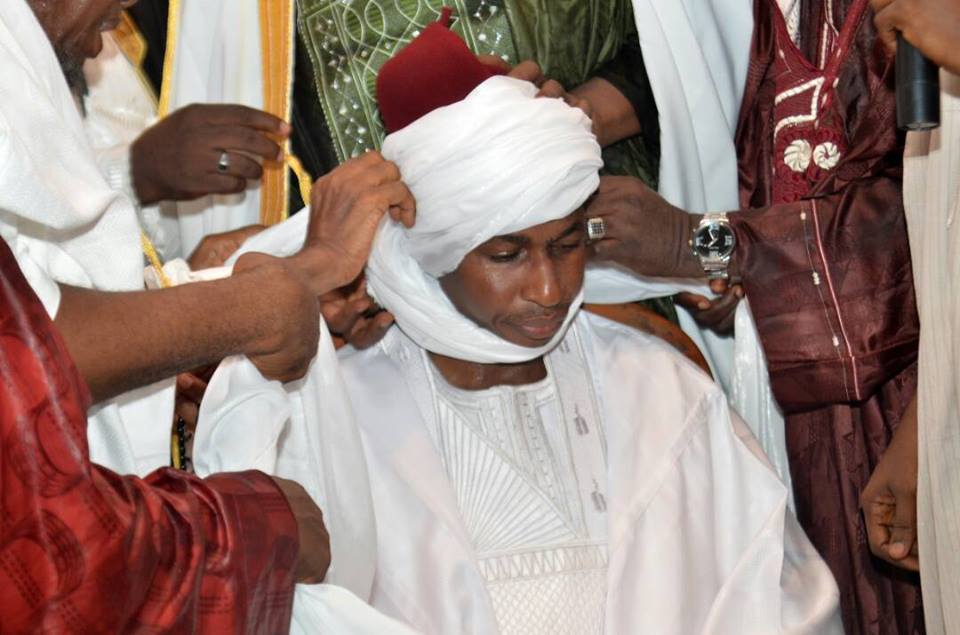 The new Chief Imam, in 2016 registered as a member of Nigerian Society of Engineer and this year was admitted as a full member of the highly acclaimed and respected Council of Nigerian Registered Engineers (COREN)

By the report of the Spiritual Council, recently constituted in accordance with constitution of the Lagos Central Mosque, by Executive Council of the mosque, to screen a “would be Imam of the mosque” who found the first nominee to have short fall of the standard expected for the occupant of the esteem office and in response to a letter dated 5th December, 2017, from the Lagos Central Mosque, calling for the replacement of the first nominee sent, to fill the vacant post,

The leadership of the family in a letter signed by the family’s General Secretary, dated 6th December 2017, forwarded the name as the new nominee, to takeover the office that has been vacant, due to the demise of Alhaji Garuba Akinola Ibrahim (OON).

As a result of the series of street talks against and in favour of the outcome of the exercise of the Spiritual Council, that earlier screened the first nominee of the Nollah family, the Executive Council of the Lagos Central Mosque, decided to appoint a 3-Man Observers, to watch the process of screening of new nominee, held last Saturday, 9th December, 2017 at the Conference Room of the mosque, as a further act of transparency.

The 10th Chief Imam of Lagos, before the Spiritual Council, Headed by Sheikh Teslim O. S. (Olori Ratibi) others in the council were the three other Mufasri of the mosque, Sheikh Toheeb Masha-Oshinlokun (Olori Oniwasi), Sheikh Mujitaba Giwa (Alfa Agba) and Sheikh Shakirudeen Gafar (Alawiye) with three other Imams-Ratibi nominated from each of the four districts of Lagos Island,

Subject to his successful performance at the screening process, his name was forwarded to the Executive Council and at a meeting of the council held on Tuesday 12th November, 2017, (the body which the mosque’s constitution empowers to approve the nomination and fix the date of turbaning) which was presided over the it’s Vice Chairman, Bashorun Sikiru Alabi Macfoy, who stood in for the Chairman, Sheikh Abdul Hafeez Abou, who was unavoidably absent.

After the deliberation of the Executive Council of the mosque, on reports of the Spiritual Council and that of the Observers, it was resolved that, the turbaning of the new Chief Imam be carried out on Friday 15h November, 2017.

Sheikh Sulaiman’s Imamship, has therefore gone down in history as that of the first University Graduate to become the Chief Imam of Lagos, apart from being the fourth from the Nollah Family of Oko Awo, he has also become the first, coming from the linage of one of the five female children of the Muhammad Nollah, who were survived by children, thereby breaking the monopoly of the office by the descendants of only the two male children, that is of Tijani (Noibi) and Ligali).

Imam Sulaiman Abou, a nephew of Sheikh AbdulHafeez Abou (OFR), Baba Adinni of Lagos and Chairman of the Executive Council of Lagos Central Mosque, (who, as a result of a High-Wire Intrigue, was unable to get to the same office some 17 years ago.

The paternal Grandmother of the new Chief Imam, (late Madam Alimot Shadia Abou) was the first child of Imam Muhammad Nollah (the third Chief Imam of Lagos and the Progenitor of the Nollah family), who led the Lagos Muslim Community, from sometime in 1882 to 7th March, 1890.

Record shows that Imam Muhammad Nolla, was survived by ten children, two males and eight females, five of which were survived by children, hence seven linages are up to date in existence in the family.

The first Imam Nolla was Muhammad, second Nollah to lead the Lagos Muslim community was Imam Ligali Nollah(1923-47), who majority of then Lagos Muslims, favored his Imamship, against that of his elder brother, who was Nahibu (Deputy to Imam Ibrahim Ankur) late Tijani Nollah (Noibi) and the third Nollah, was Imam Kareem Nollah (Chief Imam of Lagos 1954-59 and son of Tijani Nollah (Noibi).

Yesterday the new Chief Imam attended the, weekly prayer session, put in place by the leaders of old Lagos Muslim community, to pray for peace and tranquility to rain super in Lagos in particular and Nigeria in general, at the Lagos Central Mosque.

Sheikh Sulaiman was introduced both in Arabic and Yoruba languages by Sheikh Shakirudeen Abdulgafar, on behalf of the four Muffarsirs, to the Imams Ratibis and Alfas present at the gathering.

After the rousing welcome that ushered him to the mosque, most of the Islamic clerics, who saw him for the first time yesterday, showed their happiness for meeting him and pledged their cooperation and loyalty to him,

After thanking them, he prayed for the his predecessors in office, the new chief Imam, then assured the Islam Clerics of smooth relationship and prayed for good understanding to exist amongst them and for the general well being of Muslims worldwide and those at the occasion in particular, before he moved to the secretariat of the mosque after the prayer session.

DEATH: INEVITABLE FOR THE LIVING