Ashura is one of the Muslim holy days celebrated on the tenth of Muharram, the first month of the Muslim calendar (Gregorian date variable). The word is taken from the Arabic word for 10. The Arabic root, which has the meaning “forbidden” (arm), is where the term Muharram itself originates from. Muharram was formerly one of the four holy months that fighting is prohibited.

Al-Muharram is one of the holy months mentioned in the following passage from the Qur’an:

“Indeed, the number of months with Allah is twelve [lunar] months in the register of Allah [from] the day He created the heavens and the earth; of these, four are sacred. That is the correct religion, so do not wrong yourselves during them” (Qur’an, 9:36) 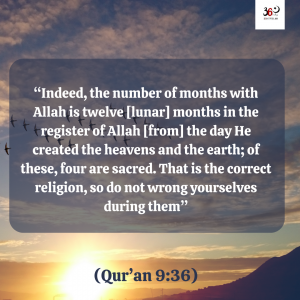 Tasua and Ashura fall on the 9th and 10th days of Muharram, the first month of the year. In Arabic, “Tasua” means “ninth” and “Ashura” means “tenth.” Tasua and Ashura commemorate the killing of Imam Husayn and a few members of his family in Karbala in the year 680 AD.

We commemorate his fidelity to Allah on the Day of Ashura (SWT). All of these historic occurrences took place on the 10th day of Muharram, and many Muslims observe a day of fasting known as Ashura to honor the piety of Musa (as), the passing of Imam Hussain (RA), and the submission of Nuhu (as)

Ibn Abbas (RA) said, ’The Prophet (SAW) came to Madinah and saw the Jews fasting on the day of ’Ashura. He said, “What is this?” They said, “This is a righteous day, it is the day when Allah saved the Children of Israel from their enemies, so Musa (AS) fasted on this day”. He said, “We have more right to Musa (AS) than you”, so he fasted on that day and commanded Muslims to fast on that day. [Bukhari]

The Children of Israel left Egypt and the Pharaoh’s persecution on Ashura. Allah tells us, “Then We inspired to Musa” (AS), “Strike with your staff the sea”, and it parted, and each portion was like a great towering mountain. And We advanced thereto the pursuers. And We saved Musa (AS) and those with him, all together. Then We drowned the others”. (Qur’an, 26:63-66)

The Pharaoh and his army were drowned after the Red Sea was divided by Allah to allow all of the Children of Israel to depart.

Musa (AS) and his disciples fasted on that day as a result, and the Prophet Muhammad (SAW) observed this day in a similar manner.

Other Prophets (AS) also experienced noteworthy occurrences on ‘Ashura, according to Al-Jilani, including Adam (AS): Allah accepted his repentance and He pardoned Adam (AS), Ibrahim (AS) it also the day When King Namrood’s people threw him into the fire, Allah put it out. It is also the day Allah (SAW) freed Ayyub (AS) from the protracted test he had patiently endured with unwavering faith, despite losing his family, his health, and his fortune. Yunus (AS) was also rescued by Allah from the whale’s belly and pardoned his people for their earlier disobedience, Allah (SAW)exalted Isa to the heavenly realms. Allah (SAW) granted Sulayman (As) a large dominion that no one has ever had since. He had the ability to control the winds and a Jinn, human, avian, and animal army as his 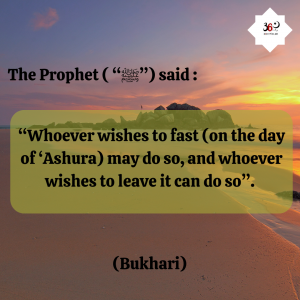 So, on the Day of Ashura, Allah tested his Prophets (AS), blessed them, rescued them, pardoned them, and brought them back to Him. In all these ways, Allah (SWT) showed them a favor because, as the Prophet (SAW) once stated, “When Allah loves a servant, He tests him,” therefore even His tribulations are a favor and a gift. (Tirmidhi)

Without discussing Husayn (RA), the s 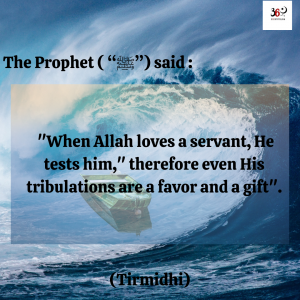 on of Ali (RA) and the grandson of Prophet Muhammad (SAW), one cannot discuss how Allah tested His slaves on “Ashura”.

On Friday, 10 Muharram AH (10 October 680), Husayn (ra) was killed at the age of 56. Seventy-two of his devotees and sixteen members of his family (RH) were murdered with him at Karbala (RH). The histories of Tabari and Suyuti support this.

Husayn (RA), his family, and his supporters were put to the test for several days prior to being martyred. They were starving.

In addition to suffering the sorrow and misery of being tortured in this manner by the army of Yazid, headed by Ibn Sa’d, they were also denied food and drink in the sweltering open plains of Karbala.

Husayn (RA) was returned to Allah on the tenth day of Muharram. It hurts to remember the specifics of how he and his family were murdered. They endured excruciating agony on Ashura and in the days before it, just like Allah’s prophets (as). Ameen. We ask Allah to provide them the greatest benefits and the highest position imaginable, and we ask Him to give us even a small portion of their love and endurance. 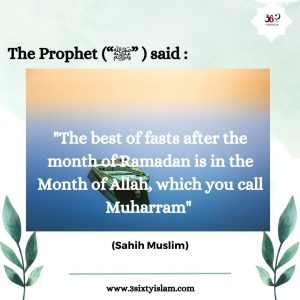 The Prophet (SAW) said “The best of fasts after the month of Ramadan is in the Month of Allah, which you call Muharram” (Sahih Muslim)

Our beloved Prophet (SWT) prayed to Allah to pardon all those who fast on the Day of Ashura for the sins they committed the year prior, according to a Hadith related by Imam Muslims.

In addition to the days of Ramadan, The Prophet (SAW) emphasized the Ashura Day fast over other days, according to Ibn Abbas (RA) “I have never seen Rasulullah (SAW) so eager to fast like he is for Ashura and prioritizing it, besides Ramadan.” (Sahih Muslim)

However, as the Prophet (SAW) noted, fasting on the Day of Ashura is a voluntary deed (Sunnah) and not an obligation (Wajib):

The Prophet (SAW) “Fast if you wish and those who do not, are not obliged to do so.”  (Sahih Al-Bukhari)

The Ashura fast is observed on the tenth day of Muharram. Muslim fasting on the ninth and eleventh of Muharram, the days before and following Ashura, is also encouraged.

According to a hadith, the Prophet (SAW) said: “Fast on the day before and the day after Ashura”. (Musnad Ahmad)

According to Imam ibn Al-Qayyim, there are three levels of fasting on Ashura, with the first level being “the best” and “most complete,” and the other two levels following suit:

There is, however, no commitment. You are free to carry out whatever is most practicable and convenient for you.

In addition to fasting on Ashura, the Sahabah (RA) designated it as a special day for charitable contributions. According to Abdullah bin Amr bin al-As (RA), whoever fasts on Ashura is considered to have fasted for the full year. And whoever donates on this day does so equivalently to a whole year’s worth of philanthropy. (Lata’if al-Ma’arif of Ibn Rajab)

The Messenger of Allah (SAW) said, ‘If you will fast after the month of Ramadan, then fast al-Muharram. Indeed, it is Allah’s month, on which there is a day that Allah accepted the repentance of a people (i.e. the people of Yunus (AS), and on which He accepts the repentance of other people. (Tirmidhi)

According to the Prophet of Allah (SAW), “Whoever gives liberally to his family on the Day of ‘Ashura, Allah will provide abundantly to him throughout the Year.” (Tabarani)

Sufyan ibn Uyayna (RH) is reported to have said, “I have practiced this [spending on the family] for fifty or sixty years and have found nothing but benefit in it,” according to Imam Ahmad ibn Hanbal (RH). (Latif al-Ma’arif)

On “Ashura,” you can show generosity by giving your loved ones a beautiful present. Give a Great Charity Gift in their honor to enjoy the benefits of both providing Sadaqah Jariyah on this particular day by helping someone in need, as well as the reward of being kind to your family on ‘Ashura. Thank God, we provide a variety of life-changing presents for every taste and price range.

How therefore should we celebrate “Ashura” in light of all these noteworthy occurrences and its uniqueness?

Remember that this year’s Ashura is a day of trials and tribulations on which even the Prophets (as) and their families and disciples were put to the test. It is a day that Allah set apart for Himself in His own month of Muharram, also known as the Month of Allah. It is a day when we should be especially close to Him, pleading only with Him for help in any difficulty we are experiencing and giving Him all the glory for our peace and comfort.