WHAT IMPACT CAN ISLAMIC FINANCE PLAY IN NIGERIA’S SHAKY ECONOMY ?

Nigeria should adopt Islamic finance’s principles, as well as investigate and use its many benefits for individual and national profit, according to an economic specialist in the field.

Islamic finance represents a unique method of financial transaction without an element of interest either paid or charged; hence its popular designation as being “non-interest” finance.

Rather than being a mere conduit for funds transfer between depositors and borrowers of funds, the model seeks to create partnership between the two units with an arrangement for the two to share in the profit and loss of the real economic activity.

Speaking at the 196th inaugural lecture of University of Ilorin, Professor Abdulrazzaq Abdulmajeed Alaro of Department of Islamic Law in the institution, said Islamic financial services have become an elixir for Nigerian economy, just as they have done in so many other countries in the last five decades.

At the event, which was chaired by the institution’s Vice Chancellor, Professor Sulyman Age Abdulkareem, Alaro said Islamic finance has made tremendous contributions to the development of Nigerian economy, but remains grossly under-exploited.

According to him, Islamic finance is still unpopular in Nigeria because of major misconception and unfounded claims of the Islamisation agenda, noting that Islamic financial services are currently offered in not less than 80 countries of the world, cutting across all continents on the planet.

He said: “Justice through profit, loss and risk sharing, prohibition of gambling, excessive uncertainty (gharar) and interest or riba are the main features of Islamic finance, while contribution to the real sector of the economy through availability of fund for the purchase of goods and services, as well as stability and resilience against financial turbulence as demonstrated during world financial crises, are other hallmarks of the Islamic financial system.” 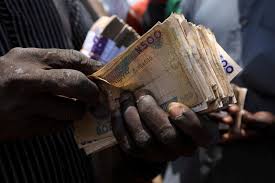 Contrary to the misconceptions, Alaro said introduction of Islamic finance does not reflect the adoption of Islam as a religion, and this explains why Britain remains a Christian-majority state, with Christianity as state religion despite having its first Islamic financial entity, Islamic Bank of Britain incorporated in 2004.

“Today, there are more than 20 United Kingdom banks offering Islamic financial products and services. Sukuk as a prominent product of Islamic finance has been issued by governments and corporate bodies in China, Japan, United Kingdom, Hong Kong, Luxembourg and South Africa, and yet Muslims in each of these countries are less than 5 per cent of the total population. In fact, the Islamic finance unit of the World Bank is currently headed by a Christian from Nigeria, Abayomi A. Alawode,” he stated.

Through a fee-based ijarah/wakalah financial products, he said an Islamic bank renders a wide range of services such as local and international money transfer, revenue collection for governments and corporate organizations, issuance of debit/credit cards, as well as safe custody of cash or other valuable items.

The SDGs represent a universal call to end poverty, protect the planet and improve the lives and prospects of all human beings. 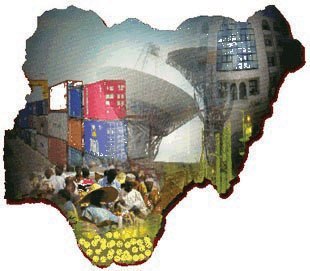 To ensure that the 17 goals and 169 targets of the SDGs are met by 2030 as planned, it is estimated that about $2.5 trillion are needed every year (UNCTAD World Investment Report, 2014), Alaro said the worldwide zakat contributions alone was estimated at $1 trillion in 2018, which this implies that zakat alone, representing just one component of Islamic Social Finance, can provide more than one third of the needed funds for the realization of SDGs in developing countries.

In Nigeria, he said since the introduction of Islamic finance about two decades ago, it has made tremendous contributions to the development of the Nigerian economy in areas such as financial inclusion and infrastructure development.

Others are job creation, economic empowerment of the citizenry and Small and Medium-scale Enterprises (SMEs) development among others.

On financial inclusion, he said: “In 2018, the banked population stood at 39.5 million, up from 36.9 million recorded in 2016, while 60 per cent of the Nigerian adult population have since become financially included.

“That itself, however, was another improvement on the figure recorded in 2008, when only 1 in 5 Nigerian adults had a bank account, and over half of the adult population (52.5 per cent) were financially excluded,” Alaro stated.

On infrastructure development, he said Sukuk is one important and viable alternative that can positively change the narrative of African infrastructural inefficiency. Sukuk is an instrument of Islamic Capital Market. 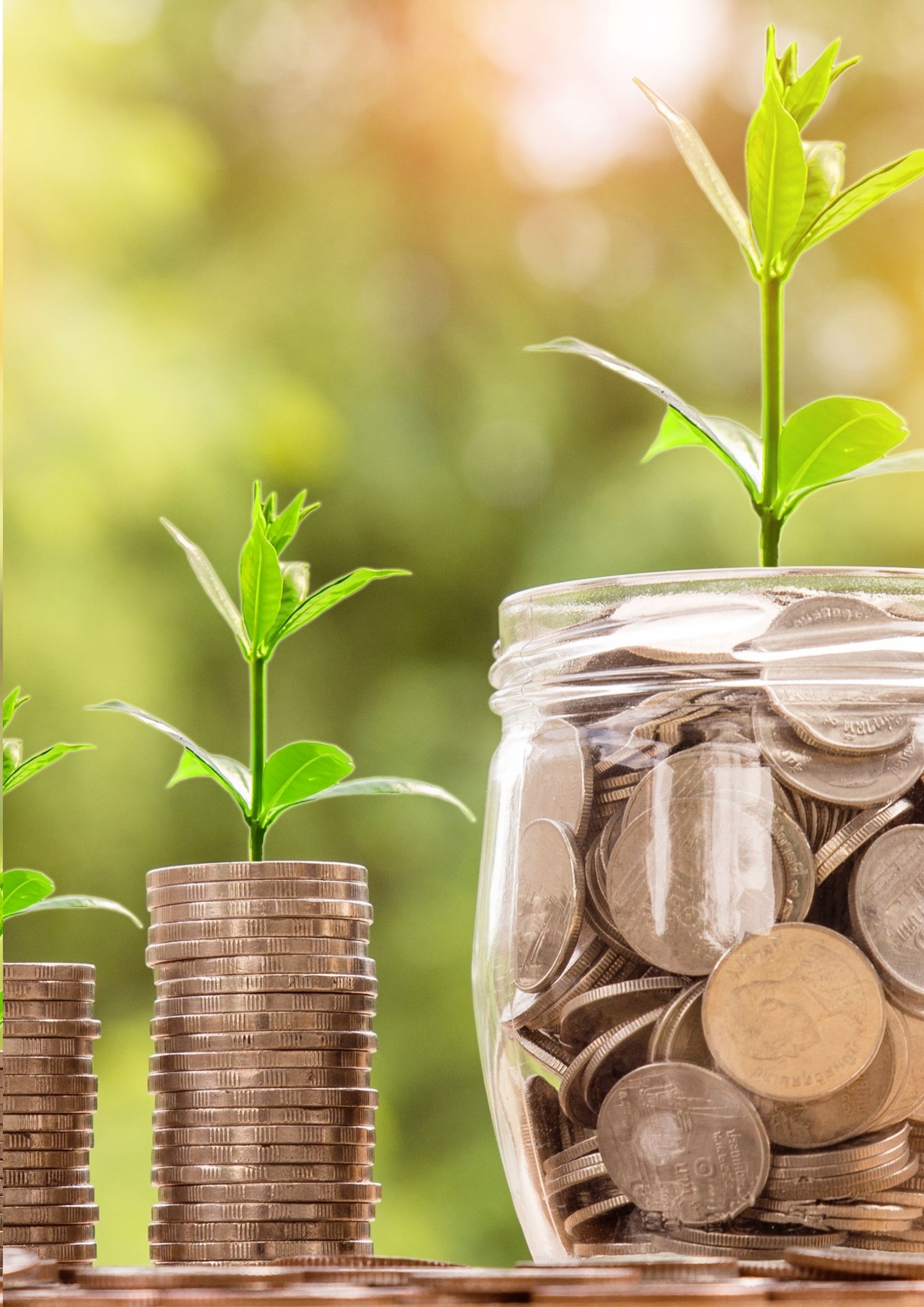 “Unfortunately, looking at the Sukuk market, Africa is still the weakest of all players, behind countries like the UK, USA and Singapore. South Africa, which currently leads in the African international Sukuk issuances, accounts for just 0.20 per cent of the global Sukuk market, while Nigeria’s share stands at only 0.06 per cent,” he stated.

The idea of using Sukuk to develop infrastructure in Nigeria was conceived in the last administration under President Goodluck Jonathan, but he said the political will was not strong enough to bring the beautiful idea to fruition. In 2017, President Muhammadu Buhari took the bull by the horn by issuing the first Sovereign Sukuk worth ₦100 billion.

“To the admiration of all Nigerians across ethnic and religious divides, Sukuk is today a major instrument for developing key economic roads in all the six geopolitical zones of the country: East, West, South and North. Having seen the huge success recorded in the maiden exercise, the Federal Government returned to the Sukuk market in 2018 and issued another ₦100 billion worth Sukuk, which was oversubscribed by Nigerian investors, just like the first issuance.

“In May 2020, the third FGN Sukuk worth ₦150 billion was also offered for subscription. The offer attracted a high-level subscription of ₦669,124 billion, representing an over subscription rate of 446 per cent,” he stated.

With the unprecedented success rate of sukuk for road and school construction in the country, he said governments at all levels, as well as corporate organisations should take advantage of the innovative instrument to develop other key sectors of the economy.

According to him, necessary amendments should be made into the laws with a view to giving judges on the Shariah Court bench jurisdiction to hear and decide cases relating to Islamic finance.

They are indisputably more competent in this regard than the conventional court judges, who presently have the jurisdiction. In the interim, the Central Bank of Nigeria (CBN) is advised to initiate a process that will allow it to constitute a ‘special tribunal’ for resolution of Islamic banking related disputes,” he said.

Alaro stressed that Islamic banking operators in Nigeria need to be alive to their responsibility of creating necessary awareness for members of the public on the rudiments of Islamic banking, to avoid unnecessary misgivings and misconceptions about their operations.

To provide the competent human resources, Alaro suggested that the National Universities Commission (NUC) and the Council of Legal Education (CLE) should consider a review of the curriculum for LL.B. (Common and Islamic Law) programme in various Nigerian universities, with a view to preparing their graduates for new opportunities and challenges, especially in the Islamic financial sector.

MUSLIM RIGHTS CONCERN (MURIC) HAS ENDORSED SHARIA IN THE SOUTH-WEST