PREPARING FOR A VISIT TO THE HOUSE OF ALLAH

Hajj (pilgrimage) is the fifth pillar of Islam. Apart from being a part of the pillars upon which Islam rests, Hajj is a mandatory religious duty incumbent upon on every adult Muslim with physical (sound mind and good health) and financial capability at least once in a lifetime.

‘’…and Hajj (pilgrimage to Makkah) to the House (ka’bah) is a duty that mankind owes to Allah, those who can afford the expenses (for conveyance, provision and residence); and whoever disbelieves (i.e. denies Hajj, then he is a disbeliever of Allah), then Allah stands not in need of any of the ‘Alaamiin (mankind and jinn).’’ Q3:97.

The above Ayah (verse) stresses the notion that Almighty Allah (SWT) does not want to put human beings in difficulties.

So, that’s pretty clear, what next?

To be able to perform Hajj sincerely is a depiction of a believer’s love for Allah and submission to His dictates. Being able to engage in this significant act of worship, alongside millions of Muslims from different parts of the world, and exhibiting the sense of brotherhood enjoined by Islam, is a blessing in itself.  Performing Hajj is also a means of pleasing Allah.

It was narrated that Abu Hurayrah (May Allah be pleased with him) said the Messenger of Allah (peace be upon him) said:

‘’Whoever performs Hajj for the sake of Allah and does not utter any obscene speech or do any evil deed, will go back (free of sin) as his mother bore him.”

As evidenced by the saying of the Prophet (SAW), ‘’the righteous Hajj has no lesser reward than jannah (paradise)’’ [Sahih Muslim], Allah, in His infinite mercy has assigned a great reward for Hajj Mabrur. (Hajj in which the rules are fulfilled and which is done in the most complete manner).

As believers, the magnitude of this reward should be underlying force that fuels a Muslim’s desire to visit the sacred House of Allah. 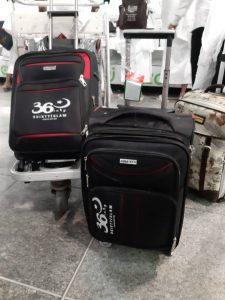 With the Hajj season comes the inevitable search for an affordable yet reliable Hajj operator whose aim is to ensure that pilgrims get the best out of Hajj and are able to focus on the rites of Hajj.

It is in the light of this that I present to you, an upright Hajj agency called 3SixtyIslam which offers two main packages for prospective pilgrims.

Here is another good news. These packages cover the following:

Twice a day feeding   plus fruits

So many other freebies In Sha Allah.

Honestly, you don’t want to miss out on these offers!!!

You want to know how to reach them? Sure, why not

Hurry now and get in touch!  Don’t say I didn’t do anything for you. 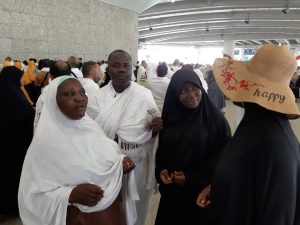