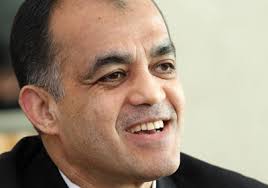 Prince Al Waleed Bin Talal Net WorthHe is the founder and CEO of Kingdom Holding Company which has investments in hotels, banking, mass media and petroleum to name a few and also founded the Rotana media group. A member of the Saudi royal family as well, his net worth is $26.1 billion as of 2015.

A Nigerian businessman worth $18.3 Billion who owns the Dangote Group, which has interests in commodities. The company operates in Nigeria and other African countries, including Benin, Cameroon, Ghana, South Africa, Togo, Tanzania, and Zambia.

He is the chairman of the Wipro Limited, which started out as a hydrogenated cooking fat company. Now it’s worth billions, with Mr. Premji worth a whopping $17.5 billion.

Worth $11 billion, the Arabian/Ethiopian businessman invested heavily in gold mines and oil refineries in Ethiopia and acquired 63% of the sole tire manufacturer of Ethiopia (Addis Tyre) and has invested substantially in cement production.

Worth $8.7 billion, Mohammad Bin Issa al-Jaber is the chairman and CEO of MBI International and Partners. This group comprises of JW Hotels and Resorts around the world.

A Pakistani-American billionaire businessman who is worth $4.5 billion. He is the owner of the Jacksonville Jaguars of the National Football League (NFL), the English Football League Championship team Fulham F.C., and automobile parts manufacturer Flex-N-Gate in Urbana, Illinois.

An Uzbek-born businessman worth $3.3 billion. He is one of the main owners of the fourth largest non-ferrous metallurgical company in Russia and the second largest copper producer in terms of output.

Najib Mikati, worth $3.2 billion, acquired a major portion of his wealth from a telecoms company Investment. He is considered the richest man in Lebanon. Mikati was also a one time Prime Minister of Lebanon but resigned after 3 years due to tensions with Syria. He sold his stake which he acquired through a holding company he ran with his brother to MTN for cash and stock before entering into politics.

Worth $3 billion, this Russian businessman acquired most of his wealth through investments in airlines and the banking industry. He is also a politician and has represented his native Dagestan in the Federation Council of Dagestan since 2008. He made his money by becoming a creditor to utility companies which rebounded well when the Russian economy picked up in the 90s.

Worth $2.1 billion, Syed Mukhtar al-Bukhari has investments in a variety of businesses which includes power generation, transportation and logistics, property development. Born into humble beginnings he never attended university and made his way up in the business world by taking over his father’s meat packing business that was failing at the time due to the impact of foot and mouth disease. He is the 8th richest Malaysian as well.

Ghana urges mosques use WhatsApp for call to prayer