While his son had already died, he passed away after suffering a brain stroke.

But what kept this Saudi man healthy till his last breath?

As disclosed by his family members, Alakmi depended on organic food and hardly ever used cars, preferring to walk whenever possible. They added that Alakmi loved walking so much that he had once walked from his hometown of Abha to Makkah (over 600kms) for Haj. 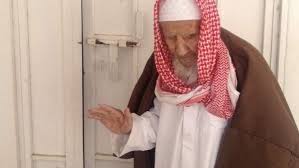 “Life was beautiful in the past. Today, things and people are very different. No one is left of my generation, so I feel lonely among people,” he said before his death.

He passed away after suffering a brain stroke.