SUCCESS IN THIS WORLD AND THE HEREAFTER

We all want to be that 21st century Muslim or Muslimah who’s got everything going well. Everyone craves and struggles for success in this Dunya (world), but how often do we forget that our Akhirah (hereafter) will be based on whatever actions we did while in this world. Some Muslims seem to neglect, perhaps as a result of sheer ignorance, the interrelation between the Dunya and the Akhirah. There is a perfect harmony between everything we do in this world and our success or failure in the hereafter. The Qur’an clearly says in Surat Mulk, verse 2 that Allah is ‘’HE who created death and life to test as to which of you is best in deed- and He is the Exalted in Might, the Forgiving.’’

Now, that is pretty clear. What next?

As Muslims, there is need for us to constantly remember and work towards the Akhirah (hereafter) while in this Dunya because this is the only chance we’ve got. Think about your daily routine activities and make every one of them an act of worship. ‘’How?’’ you may ask. You can do this by working on your intention before carrying out those activities. Find a way to sincerely intend Allah’s pleasure by doing your day-to-day work and you just never know, they might count for you in the Hereafter. A believer who makes this conscious decision for the sake of working for their Akhirah while in this Dunya will definitely feel a renewed sense of purpose and direction in this life. Such believer sees those deeds as investment in the Akhirah because they sure can affect the Akhirah

This change in intention and striving towards good is definitely not easy and it won’t be a smooth ride. Our Iman (faith) sometimes goes on a rollercoaster ride and there will be times when your Iman is on the high side, take advantage of this situation and do as many good deeds as you can.  Likewise, when the low times hit you, resist the temptation and whisperings of Shaytan (Satan) by reminding yourself that you are doing this to achieve the ultimate success. Know that your Lord rewards His beloved servants in multiple folds.  According to the popular Hadith Qudsi, narrated by Abu Hurayrah. The Prophet SAW said, Allah Almighty says: ‘’I am just as My slave thinks I am and I am with him if he remembers Me. If he remembers Me in himself, I too, remember him in Myself; and if he remembers Me in a group of people, I remember him in a group that is better than them; and if he comes one span nearer to Me, I go one cubit nearer to him; and if he comes one cubit nearer to Me, I go a distance of two outstretched arms nearer to him; and if he comes to Me walking, I go to him running.’’

Isn’t it beautiful that Allah invites us to success through the five daily calls to prayer? The Muadhin says Hayya ‘ala as- salah (Come to prayer) then he says Hayya ‘ala al-Falah (come to success). Such is the extent of the love Allah has for His servants, He is Al-Wadud, afterall. You probably haven’t thought about the Adhan in this way because the Adhan is a perfectly normal feature in our lives, therefore, it is not easy to contemplate on the meaning of the words. Take a minute to think about how Allah SWT reminds us about success through the five daily Salawat because we can’t achieve Falah (success) without Salah (prayer), which involves magnifying and glorifying the Lord of the Worlds.

May we be among the successful in this world and the hereafter.

REFLECT ON THE LESSONS OF RAMADAN; BUHARI URGES MUSLIMS 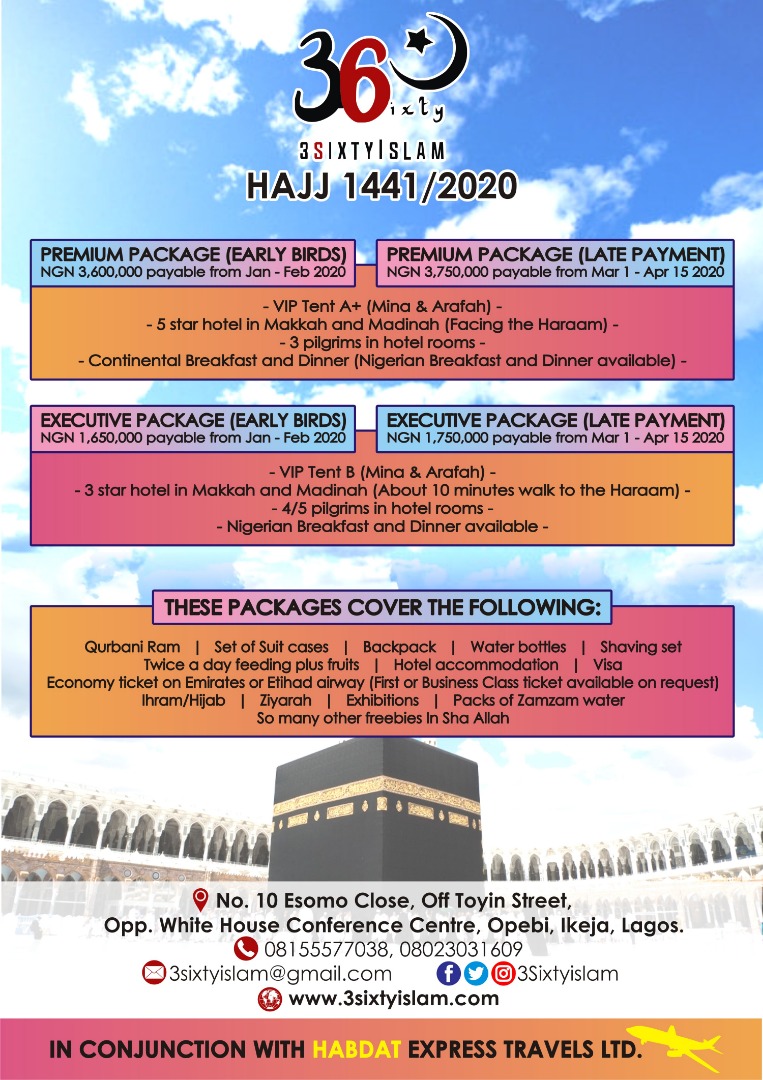